MCG's Arrival is a Fact Now

MCG's Arrival is a Fact Now

Fellow Pilots, 15 Dec has come, and here they are. 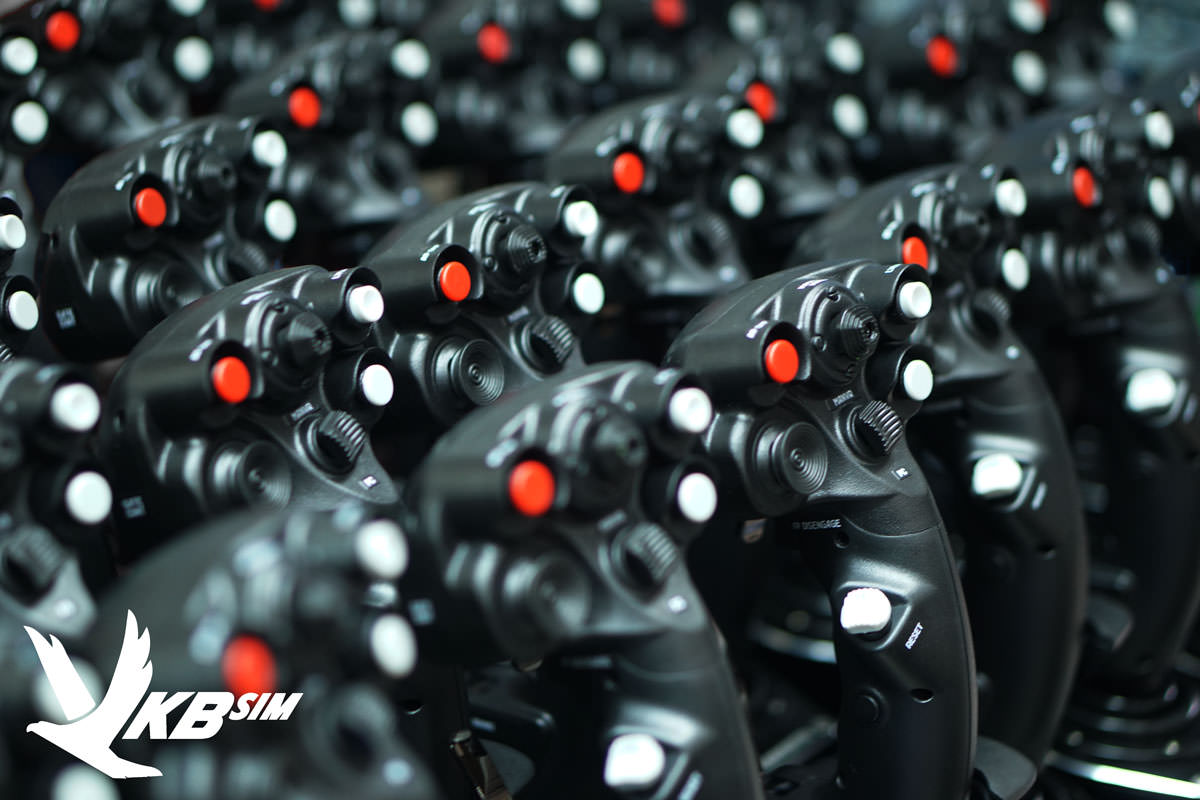 It took some time to make this happen. We never enjoyed those forced delays, but neither did we waste time in waiting; instead we invested it into perfecting the whole environment the MCGs are becoming part of.

Gunfighter Mk.II
Simultaneously with the MCG, but with less hype, comes the Gunfighter Mk.II - yes, the base has undergone some usability tweaking, and received a few invisible but quite useful engineering and technological touches. All pending pre-orders, current orders, and future Gunfighter orders will - of course - receive the Mk.II. 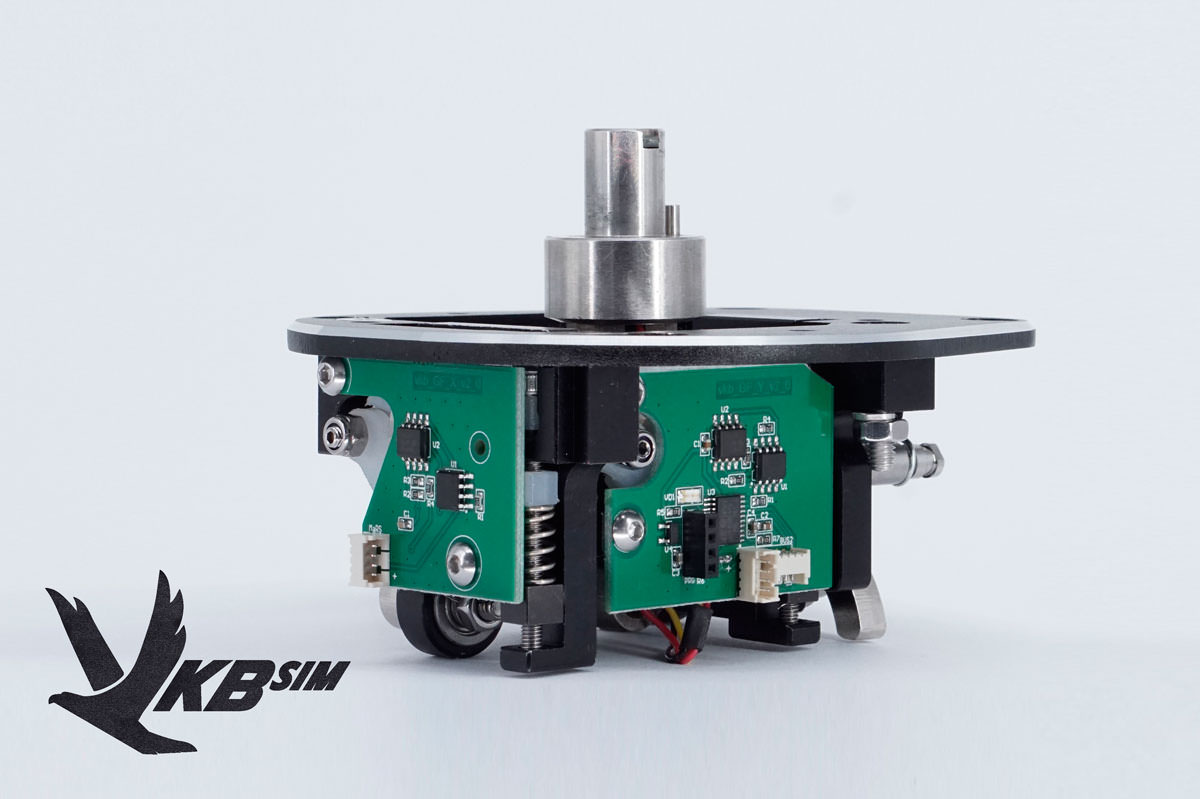 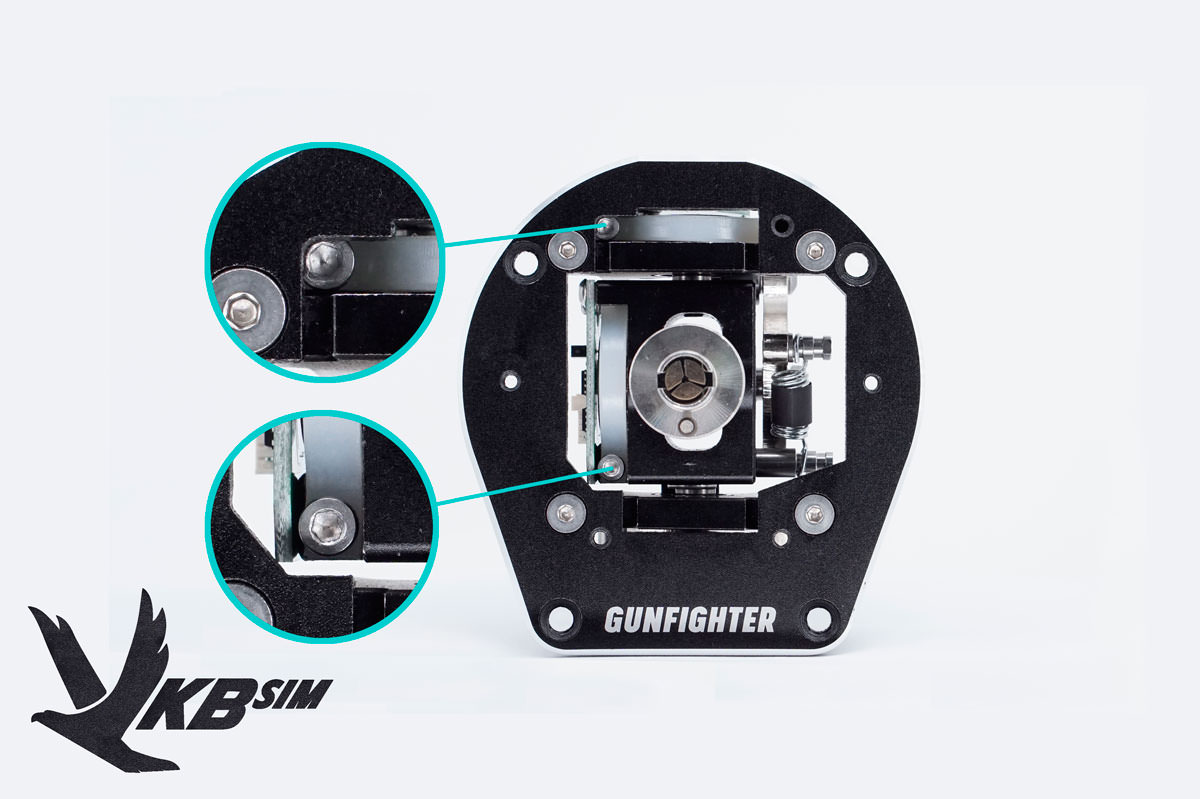 Moreover, working on the MCG series of grips for longer than expected allowed us to give some extra thoughts to future products, such as (but not limited to!) VKB Throttle Controls and other devices. And, not to mention, the new VKB Twist Adapter that we are busy patenting now. We wouldn't have designed it at all if we hadn't had the MCG in the works.

Payments and shipments.
There are 20+ different sub-modifications of the MCG, and due to obvious technological reasons the most popular ones will be produced and shipped out first. Others will follow without any further delays or intervals between these sub-modifications.

While the devices are on their way to you we will write more detailed explanation on using the advanced functionality of the MCG grip. Please do NOT neglect these explanations - the MCG grips received functionality never before available in any joystick, and to fully enjoy it you will need to familiarize yourself with our notes and advice.

Happy Holidays and best wishes for the New Year from VKB HQ. We are absolutely ecstatic about finally getting it done!

And from the email I just got as an original Gunfighter owner, my MCG won't ship until Jan.

Yep, same... pretty disappointing. I think it will be worth the wait... but still that longer wait is a bit annoying.
Top

Starting Monday, we begin to send orders.
First - the GF with MCG will be sent.
Next step - GF Pro with MCG.
After GF Pro we begin to send a grips.
We have a lot of orders. Sorry, we can not send hundreds of joysticks in one day. Thorough testing and preparation for shipment takes time. Someone will get it sooner, someone later.
Top

I can't say I'm not disappointed, but I'm certain the long wait will have been worth it when my MCG Pro finally arrives.

My first VKB product was a Gladiator Mk 1 I bought used off Ebay. It arrived reeking of stale cigarette smoke (the rubber boot has an amazing capacity for absorbing unpleasant odors) but after a couple hours perched near an open window it was good to go. I bought it as a replacement for a beat-up T-16000 and was pleasantly surprised to find the Gladiator was not only more accurate than its predecessor but also possessed much better ergonomics. Like every other Mk 1--so I'm told--it suffered from a bit of slop on the pitch axis, but a few layers of Teflon tape wrapped around the square peg at the centre of the gimbal assembly solved 99% of the problem. Over the next six months I put a hundred+ hours on the stick in Rise of Flight, IL2 BoX, and Star Citizen during which it performed flawlessly. I've come to prefer using the plain vanilla Gladiator over my brother-in-law's clunky Warthog. I've since purchased a Gladiator Pro and a T-rudder which, simply put, are in a league of their own. Nothing else in my experience even comes close.

So that's why I'm willing to wait an extra couple months for my MCG.

But while I and everyone else are waiting, would you consider posting more detail pics of the MCG mounted on the Gunfighter and Gladiator? And perhaps a few pics of the twist adaptor, too?
Top

Yeah, that. Thanks!
Top

So we can discuss about throttle and others?
I think throttle and ECP or other stuffs is a little easier than the grip and base.
But the most important thing is when they can finished...
Top

Will any of the gunfighters internal upgrades be able to be offered as an upgrade package for us poor plebs that bought the first version?

I kid of course, so far have no complaints
Top

PhoenixCNE wrote:Will any of the gunfighters internal upgrades be able to be offered as an upgrade package for us poor plebs that bought the first version?

I kid of course, so far have no complaints

Pretty much all giblets will have to be replaced, both electronics and mechanics. A small change often leads to global reshuffling of the whole composition of all parts. So it will be easier just to add a few bucks and by one more base, saving tons of time and hustle.
HOWEVER as we always reiterate, the release of a new version absolutely does not make your current device work worse than before.
Or, as soon as you heard about GF MkII, you started experiencing troubles with it?

I bet, no.
Your current base will still serve you years and years, and no one would be able to tell the difference by its performance only, without opening the casing. (and even having it open, 95% would not be able to tell one from another).
Best Regards,
AeroGator
Top

Did my MCG ship? I just got notified that I have a package on the way to my place from VKB?
Top

RangerXML wrote:Did my MCG ship? I just got notified that I have a package on the way to my place from VKB?

Hard to believe, huhh?
So dress neatly, put on good music, stick the champagne into the ice bucket, light the candles, and wait.

The first batch of GF+MCGPro has left out facility.

on a side note:
Please do not ask us about tracking numbers, and "has my order been shipped and if no then why", and "when my order will be shipped".

Tracking numbers - ask the shop where you placed the order, all numbers will be given to them in due time.

When/Why - as soon as we physically manage to pack, label, and load into trucks.
We are doing all we can to make the grips make it to you asap.
Happy Holidays!
Best Regards,
AeroGator
Top

False alarm, Fedex notification was for something else that I finally got an email about last night, still looks like I'm waiting for just the MCG stick for my first gen Gunfighter till next month

We have to unfortunately wait until Feb. 1st now for shipping to start on just the grips according to their little shipping plan ... kinda wish existing GF owners didnt get shoved to the back of the line and people ordering new ones get first go but w/e.
Top
Post Reply
32 posts

Users browsing this forum: No registered users and 4 guests